The real meaning of the “Will of D” has been a hotly debated topic in One Piece for years now.

First pointed out in one of Oda’s SBS questions and answers portion, when one of the readers asked what the D. in the series’ main protagonist name, Monkey D. Luffy, stood for, Oda initially kept the details to a minimum, telling readers to read it as just a “D” for now before going on to say that he will eventually reveal what the letter meant.

Later on, within the series, Tony Tony Chopper’s mentor, Dr. Kuneha, was the first to mention about just how much weight the initial “D” carried within the One Piece universe.

From there, various characters within the series have brought up their curiosity regarding the meaning of the letter “D” in the name of important figures in One Piece.

For example, Nico Robin, one of the handful of pirates on board the Straw Hat Pirates, has brought up the letter “D” at least three times, with the last time during a conversation with the Roger Pirates first-mate, Silvers Rayleigh. 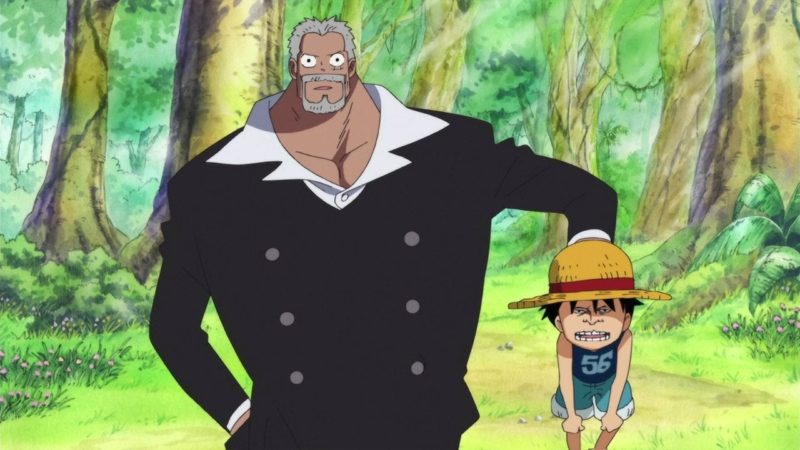 It cannot be denied that the meaning of the “Will of D” in One Piece is very important.

In fact, it is so important that some families make a deliberate attempt to try and hide their connection to the letter. A good example of this is the family of Trafalgar D. Law, although not much is revealed as to why exactly they’d go to such lengths.

What Do We Know So Far About the Will of D?

While the true meaning of the “Will of D” has been shrouded in mystery so far in the decades-long run of One Piece, Oda has left a couple of crumbs to hint to its meaning, or in some cases, just its significance.

Jaguar D. Saul is one of the few characters in One Piece that carries the letter “D” in their name. He has specified that he himself did not know what the letter “D” meant. However, he did go on to confirm that his family has always carried it.

From this, we can assume that the letter “D” is passed down from one generation to another.

Also, if we take a look at the characters in One Piece that carries the “D” mark, they almost all seem to be related to each other, either by fate or by blood.

The Monkey family for example, which includes the series’ protagonist Monkey D. Luffy, his biological father Monkey D. Dragon, and his grandfather Monkey D. Garp, all carry the letter “D” in their names.

But, there have also been instances where people with the letter “D” have had children together. Like, for example, when the legendary Gol D. Roger had a child with Portgas D. Rouge, which turned out to be Portgas D. Ace.

A sizable portion of the bearers of the “D” name in One Piece are also giants, or at least that’s what Jaguar D. Saul claims.

During the Post-War arc, one of the Five Elders of the World Government also mentioned that the letter “D” meant Danger, although we can assume that this is not true.

Are All the “D” Bearers in One Piece Considered Good?

Good and bad is relative in One Piece.

For example, all pirates are technically bad, mostly because they do things that break the law. But, of course, we know that not all of them are lawless and bloodthirsty, even though some of them are.

In terms of being portrayed as good or bad, not all “D” bearers in One Piece are considered “good”.

Although the Monkey family are all considered good, as well as a number of “D” bearers like Portgas D. Ace, Trafalgar D. Law, and even the legendary pirate, Gol D. Roger, we now know that some “D” bearers are villainous in nature. 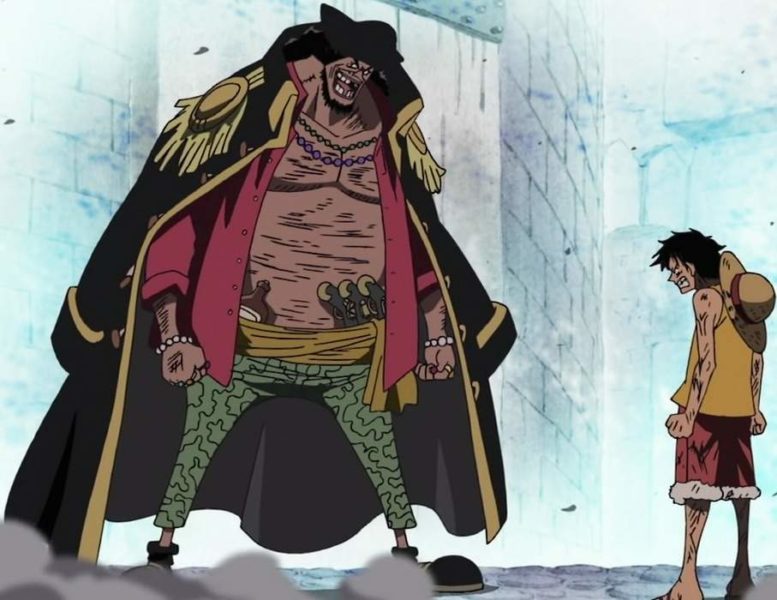 Marshall D. Teach, otherwise known as Blackbeard, is a good example of this. Another good example is the recently introduced and deceased captain of the Rocks Pirates, which formerly housed powerful members like Edward Newgate (Whitebeard), Charlotte Linlin (Big Mom) and Rocks D. Xebec.

What Are Other Explanations for the “Will of D”?

So far, Donquixote Rosinante, the deceased brother of Donquixote Doflamingo and a former Marine Commander, has offered the most detailed explanation about the “Will of D” in One Piece. 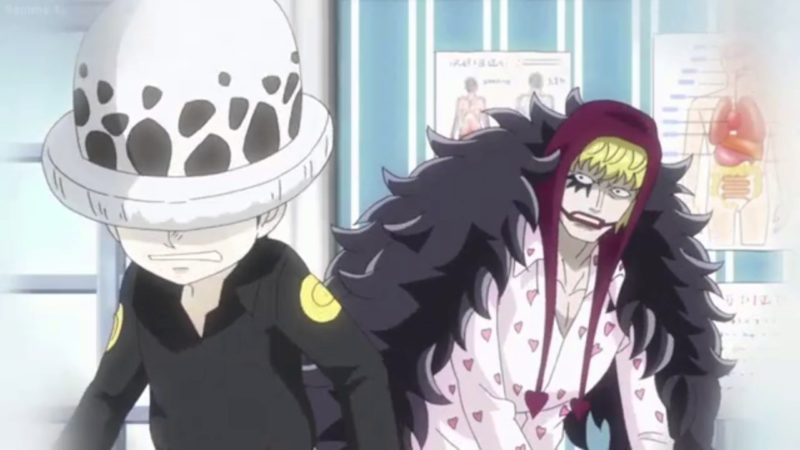 Way before the current timeline in One Piece, back when Trafalgar D. Law was still around 10 years old, Donquixote Rosinante revealed how those carrying the “D” name came from the Family of D.

He went on to explain that the country where Donquixote Rosinante originally came from, people told stories about “D” and how it was used to scare misbehaving children. He also went on to say how the “D” has spread across the world through inheritance.

Finally, he revealed how a certain land considered those from the Family of D as the Natural Enemy of God, even going as far as saying that those bearing the “D” mark are the natural enemy of the Celestial Dragons of the world.

It is worth noting, however, that this could all just be conjecture.

The only thing confirmed about the “Will of D” in One Piece is that only one “D” bearer has discovered its true meaning, and that man is Gol D. Roger.

What Traits Are Commonly Associated With the “D” Name? 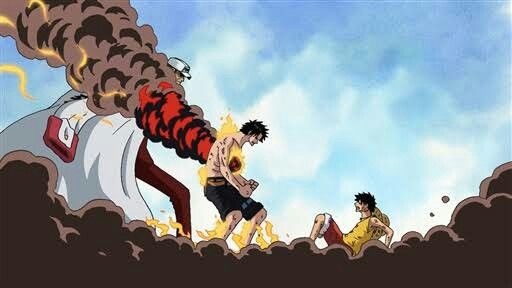 Throughout One Piece, we’ve seen bearers of the “D” name accomplish plenty of things, and while each individual accomplished something different, all of them seem to share a number of traits.

Also, of all the large conflicts and notable eras so far in One Piece, individuals with the “D” mark have been at the forefront of it all, with Gol D. Roger ushering in the golden age of piracy in One Piece. Monkey D. Luffy, as well as Portgas D. Ace and Monkey D. Garp, also play prominent roles in the Battle of Marineford.

How Many People Bear the “D” Name in One Piece? 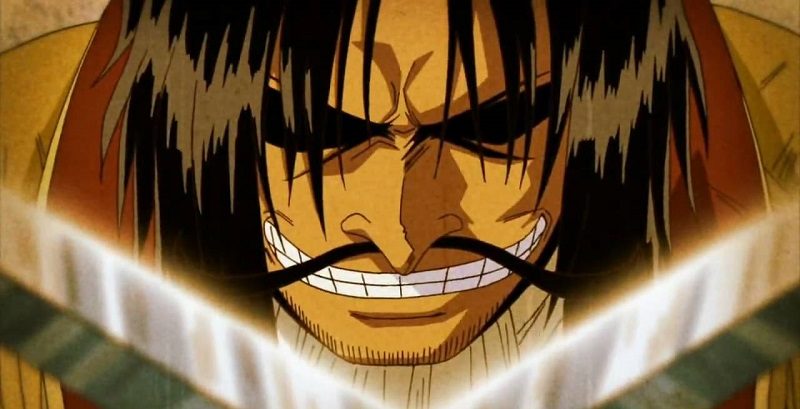 Will We Ever Find Out the Meaning of the “Will of D”?

With One Piece showing no signs of ending or even reaching its climax anytime soon, we might have to wait for yet another decade to find out exactly what the “Will of D” stands for.

But, while we’re unsure about what the “Will of D” really means, one thing that we’re sure of is that it’s going to play a huge role in how One Piece ends.

In any case, until One Piece ends, all we can do is wait, speculate and theorize about its significance.

Top 10 Best Fights In One Piece So Far